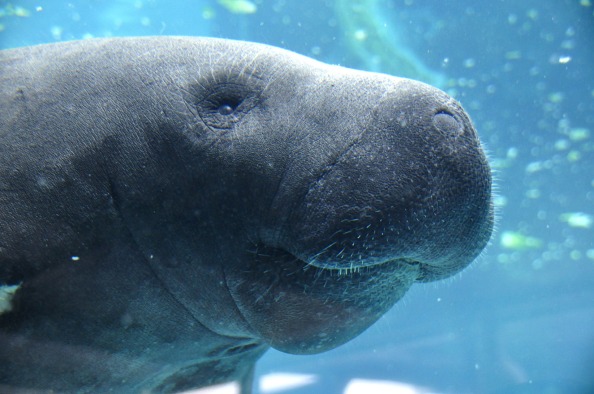 Listed by the IUCN as a vulnerable species, the West Indian Manatee is a prime candidate for conservation efforts[1]. However, designating protected areas for manatees can be difficult if you don’t know where they are. Aerial surveys currently conducted by the Florida Fish and Wildlife Conservation Committee are successful at near-shore population counts[2], but have trouble identifying manatees in murky waters, like brackish streams, and rivers obstructed by foliage.

In response to this, scientists from the United States Geological Survey have developed a new method for detecting the presence of manatees- environmental DNA (eDNA) detection.

The pipeline for eDNA detection is as follows: 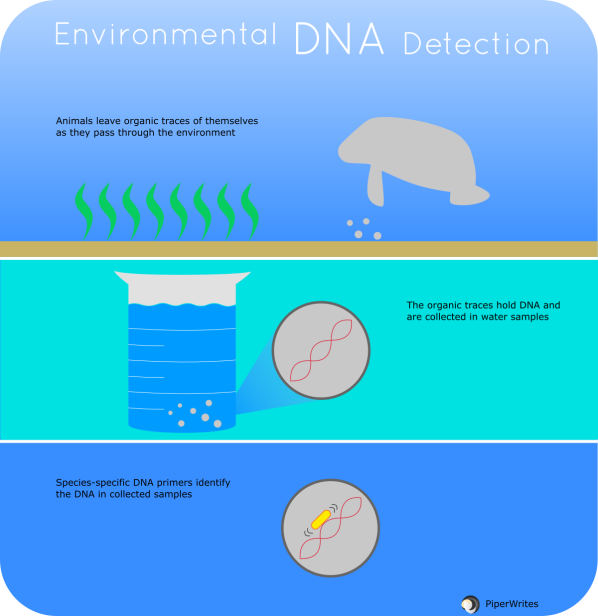 In this case, researchers identified regions in the cytochrome b gene (involved in the electron transport chain) as a unique marker for the manatee genus (Trichechus), and developed a corresponding primer. Subsequent amplification via digital droplet PCR and  its corresponding results were fed through a site-occupancy model to determine the statistical probability that a manatee had been through the sampled water based on the amount of target DNA amplified.

A common problem in the field of ecology is the link between detecting a species and a species occupying a particular area. For instance, just because you did not find a species at a site, does not mean that it is absent there. Instead of modelling a site as a binary presence/absence label, site-occupancy models estimate a fluid probability that a species occupies a site based on repeated surveying.

In this case, the researchers found the West Indian Manatee occupyting a variety of habitats including Wakulla River, Lake Wimico, and Guantanamo Bay. More importantly, in my opinion, they established eDNA detection as an effective method for surveying wildlife populations.